…or return of the Avantgarde into that blog after a long break and the end of so called Munch year 2013 on 12th of Dezember. 2013 we celebrate the 150th anniversary of Edvard Munch’s birth on 12th of December 1863. Munch is one of the most important artists of Modernism, and a number of cultural events with focus on his work was arranged all over the world in the Munch year. 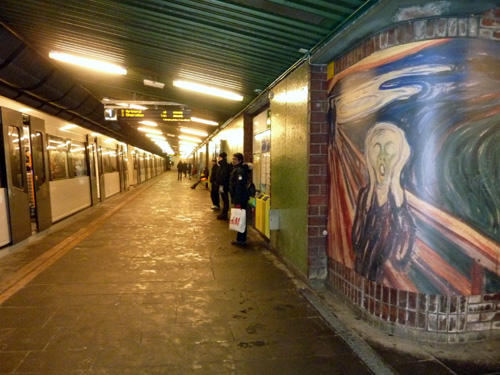 Anyway it is a wonderful story and I am sure you have never know, that – maybe, maybe – the most famous picture in the world was influenced by Polish writer!!!!

Munch, Przybyszewski and The Scream

Munch recorded Stanisław Przybyszewski’s demonic physiognomy many times, not only in portraits but also in such figure compositions as In the Man’s Brain, Man’s Head in Woman’s Hair, Jealousy or Virgin Creeper. And not without reason; Przybyszewski was known in Berlin as the “king of Bohemia” and more ambiguously as the “German satanist” as well as (after Strindberg) “the ingenious Pole”.
His book from 1894 was also considered genial. It was the first monograph devoted to Munch, who at that time was appreciated by few.
Munch’s paintings and Przybyszewski’s monograph, which initiated the research on Munch, opened in 1893 the “expressionist epoch”, which was closed by Przybyszewski’s most distinguished novel – The Scream (1914–18) – and by his memoirs (1926), which contain a mythologized genesis of Munch’s most famous work and recount the writer’s visits to Norway.
This article will present how during this epoch several (pre)expressionist works in word and image were created, which confirmed both the transmedial career of Munch’s The Scream and Przybyszewski’s writings concerning the Norwegian artist’s oeuvre. 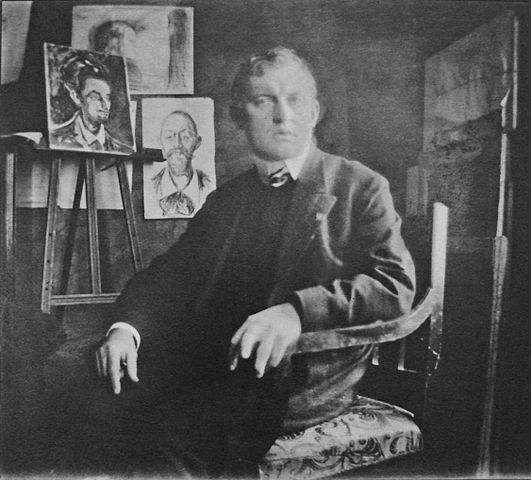 (…) The mystified genesis of the picture

In 1926, when recalling the circumstances of the creation of the “Psychical Naturalism” essay (which was the origin of his monograph The Works of Edvard Munch), Przybyszewski (re)interpreted it in the following way: When my study of Munch showed up, the whole literary fraternity was convinced that I’d lost my mind. Munch came up to me greatly moved: “I’m terrified that somebody is eavesdropping on me in my most secret, creative moments, but I’ve also eavesdropped on you.” The next day he showed me his famous painting, which I now constantly see in books on futurism: Skrig – The Scream. Przybyszewski thus described his friendship with Munch as a relationship in which they both considered each other as their alter ego.

In another passage in his memoirs, he even suggested that his rhapsody from 1893 anticipated and inspired Munch’s painting: “I can’t imagine that you could transform a literary work in color in a more powerful way – in this case Totenmesse [Polish: Requiem Aeternam, Requiem Mass].”

To read more, to see the pictures, to know captions of pictures and quotations – look here: Gluchowska-Munch-Przybyszewski 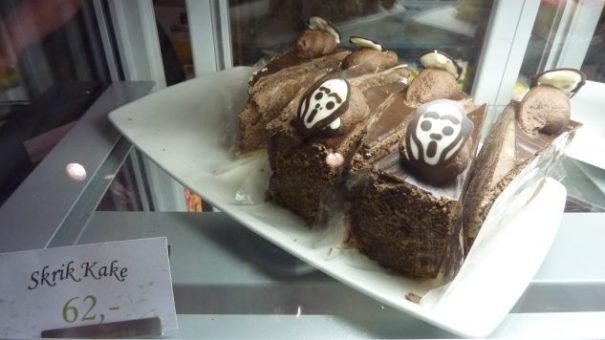 One of the thousands marchendising items invented for the Munch Year, photographed in Munch Museum in Oslo: Skrik Kake.