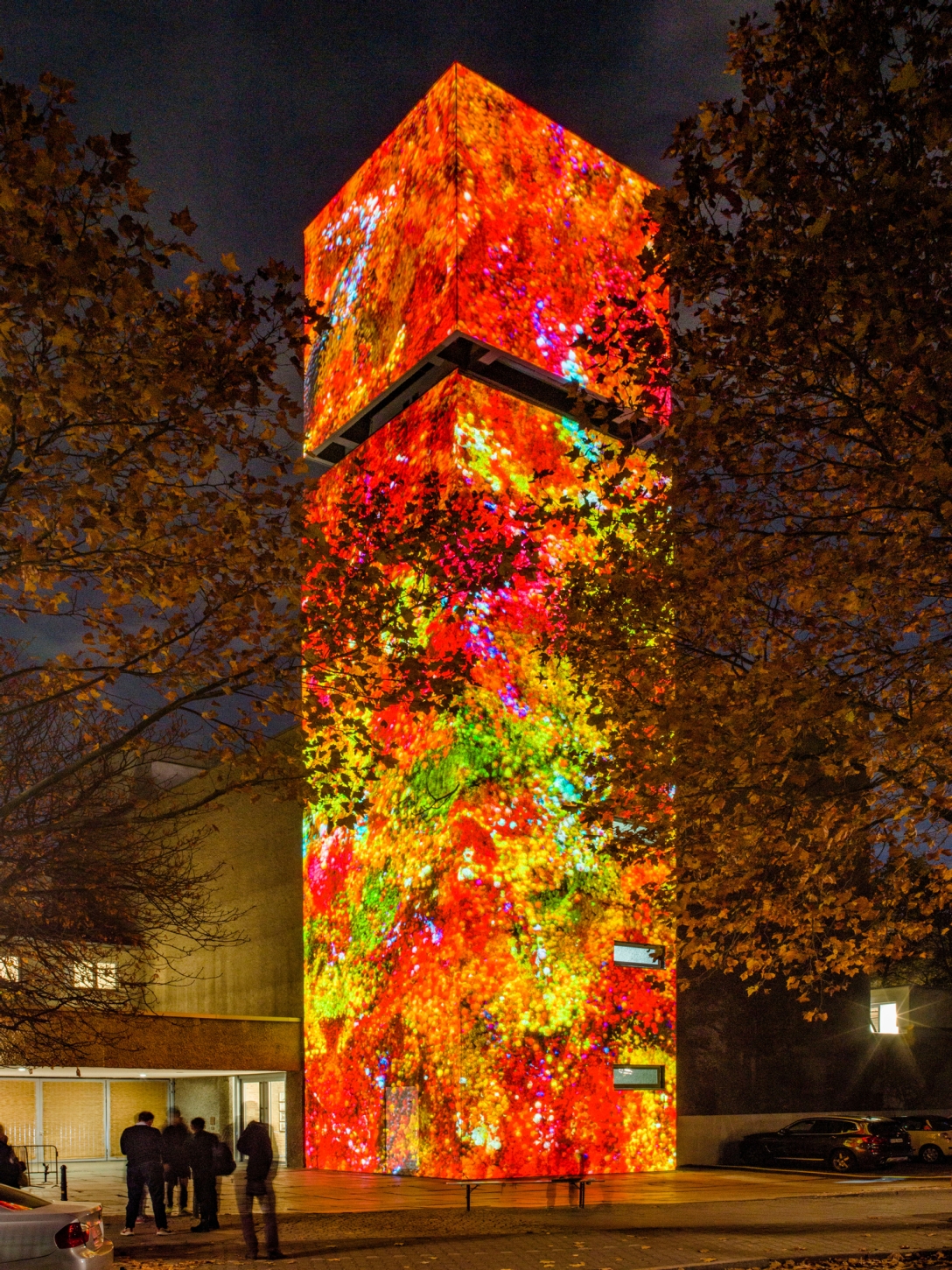 KÖNIG GALERIE presents MACHINE HALLUCINATIONS: NATURE DREAMS, Refik Anadol’s second large-scale solo exhibition in Germany. Almost two years after his site-specific installation LATENT BEING, the artist returns to Berlin to reveal the aesthetic outcomes of his research into the intersection of human consciousness, archives of nature, and machine intelligence.

Anadol is a pioneer in the world of rare digital art and crypto collectibles, minting the first fully immersive digital artwork NFT in September 2021. For KÖNIG GALERIE he creates unique NFT options: the AI data sculpture NATURE DREAMS, and his public projection, WINDS OF BERLIN, which will mark the first time a generative public artwork in Berlin to be offered in NFT form.

An architectural exhibition of synesthetic reality experiments based on GAN algorithms developed by artificial intelligence and inspired by fluid dynamics, NATURE DREAMS turns datasets into latent multi-sensory experiences to commemorate the beauty of the earth we share.

“I am very excited to be back in Berlin to transform the façade of the iconic ST. AGNES church into a data sculpture and showcase our most cutting-edge AI data paintings from the MACHINE HALLUCINATION series. Our studio’s exploration of digital pigmentation and light through fluid solver algorithms draws inspiration from nature-themed datasets, using the most innovative methods available to AI-based media artists.

MACHINE HALLUCINATIONS is an ongoing exploration of data aesthetics based on collective visual memories of space, nature, and urban environments. Since the inception of the project during his 2016 during Google AMI Residency, Anadol has been utilizing machine intelligence as a collaborator to human consciousness, specifically DCGAN, PGAN and StyleGAN algorithms trained on these vast datasets to reveal unrecognized layers of our external realities.

Anadol and his team collect data from digital archives and publicly available resources, then process the millions of photographic memories with machine learning classification models. The sorted image datasets are then clustered into thematic categories to better understand the semantic context of the data universe. This expanding data universe not only represents the interpolation of data as synthesis, but also becomes a latent cosmos in which hallucinative potential is the main channel of artistic creativity. As a thoroughly curated multi-channel experience, MACHINE HALLUCINATIONS offers a new form of sensational autonomy via cybernetic serendipity.

Refik Anadol is a media artist and pioneer in the aesthetics of machine intelligence, and the director of Refik Anadol Studio in Los Angeles. Since 2008, his works have explored the space among digital and physical entities by creating a symbiotic relationship between architecture, science, technology, and media arts. As an artist and a spatial thinker, he addresses the challenges, and the possibilities, that ubiquitous computing has imposed on humanity, and what it means to be a human in the age of AI.

Coining the terms “data painting” and “latent cinema”, Anadol has invited his audience to imagine alternative and dynamic realities by re-defining the functionalities of both interior and exterior architectural elements. He tackles this by moving beyond the integration of media into built forms and translating the logic of a new media technology into spatial design. Anadol’s site-specific three-dimensional data sculptures, liveaudio/visual performances, and immersive installations take many virtual and physical forms. Entire buildings come to life, floors, walls, and ceilings disappear into infinity, vivid aesthetics take shape from large swaths of data, and what was once invisible to the human eye becomes visible.

REFIK ANADOL STUDIO consists of artists, architects, data scientists, and researchers from diverse professional and personal backgrounds, embracing principles of inclusion and equity throughout every stage of production. While the studio is located in Los Angeles, its members originate from 10 different countries and are collectively fluent in 14 languages. Since 2014, REFIK ANADOL STUDIO’s site-specific public art projects comprised vast and multidimensional urban typologies, inspiring participation, interaction, and appreciation of art in diverse communities around the world. The members share Anadol’s vision of blurring the boundaries between art, science, and technology with a focus on creating new public spaces and screens by augmenting existing architectural elements and buildings facades.