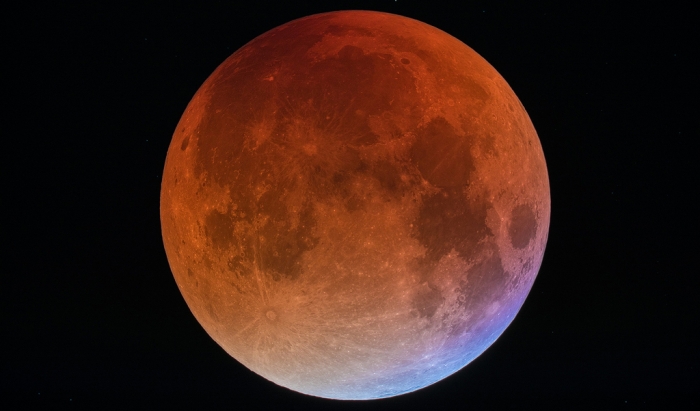 The event may sound like a complicated tongue twister, but it’s really just the confluence of three celestial occurrences.

A blue moon is the second full moon of a month — in January, there will be a full moon on New Year’s Day and on Jan. 31 — while a supermoon is when the full moon appears larger and brighter to the naked eye.

These two events will coincide with a total lunar eclipse, or blood moon, on Jan. 31.

Most days the moon is nearly 238,855 miles from Earth, but during the supermoon it will be approximately 223,068 miles away, according to NASA. During a supermoon, the moon can appear up to 14 percent larger and 30 percent brighter than usual.

Altogether, the three events — a blue moon, a supermoon and a blood moon — will make for a spectacular show the last night of January. (Or day! In Berlin since 16:58)