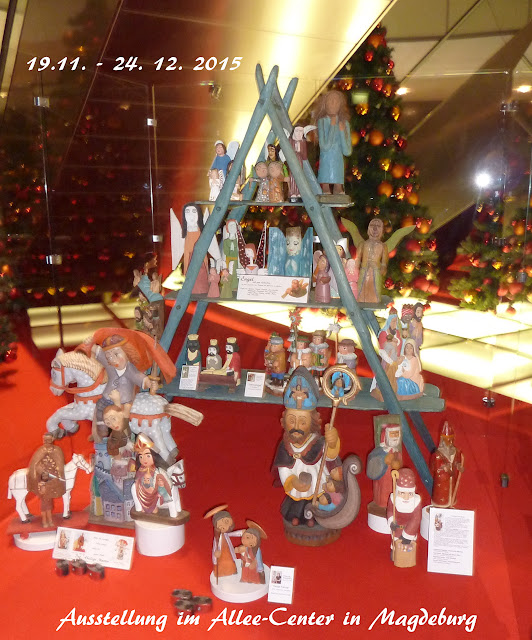 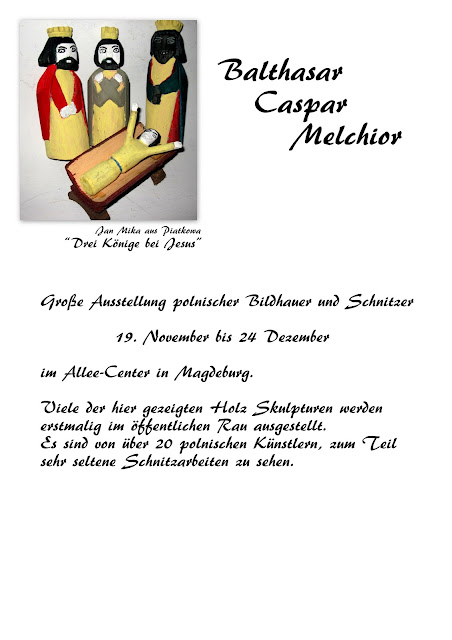 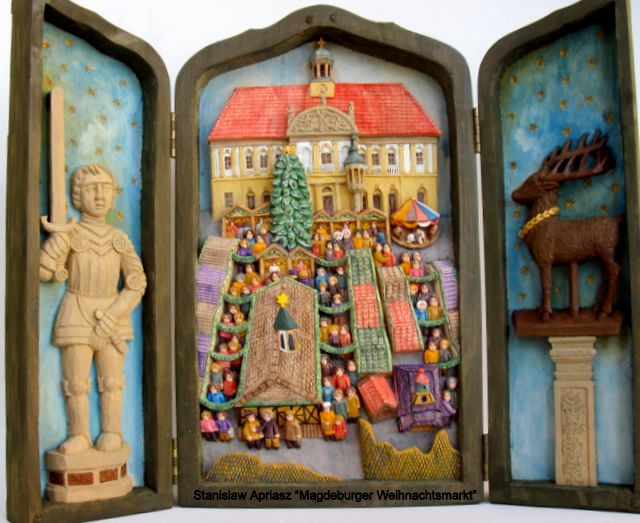 Arrangement with the posters of the first “Bunt” exhibition in Poznań in 1918 and the last one, in Berlin, 1922

The Wrocław edition of the exhibition Bunt – Expressionism – Transborder Avant-Garde. Artpieces from the Berlin Collection of Prof. Stanisław Karol Kubicki is a closing event of the touring display of donated art which includes exhibitions in essential pre-war centers of expressionism and the development of graphic arts. So far it has been shown in Poznań, Bydgoszcz and Dresden. It was organized to honour the donation received by the Leon Wyczółkowski Regional Museum in Bydgoszcz and the National Museum in Poznań from Professor Stanisław Karol Kubicki, son of the Polish-German avant-garde artists Margarete and Stanisław Kubicki.

The exhibition finale on 12 December 2015 will be connected with the aid of four bilingual publications accompanying the exhibition, among them the book by the curator, Lidia Głuchowska, Stanisław Kubicki – in transitu. Poeta tłumaczy sam siebie / Ein Poet überestzt sich selbst, and the premiere screening of a documentary-artistic film Bunt – Re-visions showing the entire tournée.

The core of the exhibition consists of prints, drawings and pastels created by members of the artistic association from Poznań known as Bunt (“Revolt”), focused around the Poznań magazine Zdrój (1917-1922).

Margarete and Stanisław Kubicki, the co-founders of the group, began its cooperation with Polish and foreign galleries as well as such magazines as Die Aktion and Der Sturm from Berlin. The exhibit also includes works by other members of the group: Jerzy Hulewicz, Władysław Skotarek, Stefan Szmaj, Jan Jerzy Wroniecki and Jan Panieński. Proceeding the donation, the prints and drawings had remained abroad since the “Bunt” exhibitions in Berlin (1918-1922).

In Wroclaw it should be especially mentioned, that the first expressionist linocuts of the “Bunt” circle, among them The Tower of Babel from the poster of its first exhibition, were created by Stanisław Kubicki in Schömberg/ Chełmsko Śląskie, Silesia.

The Silesian linocuts by Stanisław Kubicki, among them The Tower of Babel

Logo of the exhibition is the linocut by Andrzej Bobrowski Transformation M/S. Just as the artists of the “Bunt” never create a group portrait, Margaret and Stanisław Kubicki never did a portrait of themselves as a couple.

The linocut by Andrzej Bobrowski Transformation M/S [Transformation M(argarete)/ S(tanisław)] refers to the self-portrait of Margarete Kubicka from 1917 and the Self-portrait IV of her husband which was not preserved but is only known from the publications of Zdrój and Die Aktion magazines in 1918. This contemporary work of graphic art of a hybrid and panoramic composition in a form that refers to the banner is a reflection on the creative and personal relationship of the Kubickis. It is also a reflection on the passing of time and the details of artistic biographies receding in group memory, but also on group identity and the lack of integrity of an artifact in the epoch of its technical reproduction.

Part of the presentation Flyer: print by Małgorzata EtBER Warlikowska and the installation Interference – Re-Integration by Karolina Ludwiczak and Marcin Stachowiak

The exhibition of these works created towards the end of World War I and shortly after is accompanied by the contemporary artistic projects: Refleks [Reflex, 2014-2015], Ulotka [Flyer] and Ich 7 [They 7, 2015], inspired by the art and ideology of “Bunt” and created by contemporary graphic artists from Poznań and Wrocław and a sculptor, Małgorzata Kopczyńska. The latter’s participation is a symbolic allusion to August Zamoyski, who was also a sculptor and a member of the Expressionist group from Poznań. In addition to works on paper, sculptures and documentary photography, the exhibition includes artistic films and a monumental glass installation Przenikanie [Interference – Re-Integration, 2015].

The contemporary artistic presentations demonstrate the stylistic and ideological influence of “Bunt” on the works of present-day artists, especially to its idea of critical art, and constitute a symbolic artistic response to the donation of works from Germany. Expressionist inspirations are particularly evident in the social involvement of the installations; the artworks unmask rigid conventions, instances of provincialism and xenophobia, combat the idealization of reality and the reinforcement of socio-political hypocrisy by the media as well as the limitations imposed on citizens by institutions.

The distribution of art through public media, a practice to which Reflex and Flyer also refer, was one of the typical modes of expression used by “Bunt” and other artists of the pre-war European avant-garde. The primary media used at that time were art books and political leaflets with informative and propaganda content. Distributed at rallies, they reinforced the message of artistic manifestos and supported the ideas of social and political emancipation.

The installation Przenikanie makes one understand the paradox related to the technique used to create it. The artifact made by Ludwiczak and Stachowiak is an example of a peculiar interdisciplinary game – the work they created is partly fine art and not a print on a flat screen. That way they also refer to the relief nature of linocut slabs out of which the Kubickis printed their images of themselves.

The presentation They 7 concerns works of a larger format, programmatically and technologically inspired by “Bunt” traditions, executed by an informal group of seven artists. The works demonstrate the timelessness of avant-garde ideas and aesthetics as well as their potential for reinterpretation. The name of the project (containing the word ich, meaning “they” in Polish and “I” in German) echoes the bilingual name of “Bunt” (“Revolt”, “rebellion” in Polish, “colourful” in German), which reflected the supranational nature of Expressionist ideology.

Presentation They 7 corresponding with the architecture and life of Wroclaw. From left to the right: prints by Andrzej Bobrowski, Przemysław Tyszkiewicz and Agata Gertchen.

The scale of the objects of the presentation They 7 similar to the installation Przenikanie. Significantly larger than the ones from the time of the classic avant-garde, is supposed to epitomise for the viewers a change of status and the recipient paradigm. In the times of “Bunt”, graphic art was reproduced in magazines which were the main media of international artistic exchange. Today the art, which is often exhibited in large formats, has gained autonomy and dominated the contemporary iconosphere.

Presentation They 7 corresponding with the architecture and life of Wroclaw. From left to the right: prints by Piotr Szurek and Przemysław Tyszkiewicz

The artists of “Bunt” in their operations considered both the national and transnational perspective, constructing our network of artistic contacts from amongst all the Polish artistic groups of that time.

There are not many documents of the international cooperation between the members of the group and other artistic associations, even though the pages of Zdrój [Source] magazine, co-created by “Bunt” artists, are proof of their relationships with creative communities not only in Germany, which is widely known, but also in France, Belgium, Italy, Russia, the Czech Republic, Iceland and even India.

The impressive impact of the inter-partition and international exhibitions and publishing initiatives of these artists were also documented in their personal correspondence and some photos.

The photographic re-creation of one of the Expressionist linocuts printed in Zdrój (and Die Aktion), the Self-portrait of Stanisław Kubicki from 1918 shot by Berlin ex-Dadaist Raoul Hausmann, shows an expert use of light and shadow. Although Hausmann went on to inspire the camera masters of his time, none of them documented his meetings with Kazimierz Malewicz, the theoretician of Suprematism. The a bis z magazine is the only evidence of their discussions on the internal contradictions in proletarian art. A memento mori of the fascist period is formed from the photographs proving the existence of works condemned to erasure from official artistic life and the collective memory as part of the campaign to banish “degenerate art”. These include photographs documenting such avant-garde works as the sculptures Female torso by Otto Krischer or Mother and child by Pola Lindenfeld, destroyed by the SA and SS during searches conducted in the Berlin home of Margarete and Stanisław Kubicki.

Stanisław Kubicki, “In memoriam” (1935–1939) statue of Józef Piłsudski and the legionaries from the “Kobylepole group” who died in 1919–1920. The monument was located in the park of the palace of Count Stanisław Mycielski in Kobylepole, destroyed in the 1940s., postcard from the 1930s

Other photographs call back from oblivion the forgotten Eternal Remembrance memorial to Józef Piłsudski and his legions, erected in the suburbs of Poznań. It was the only commissioned work of Stanisław Kubicki showing classicist influences and a testament to the widespread cult of Marshal Piłsudski in 1934 in the face of the growing power of Soviet and fascist totalitarianism, but also the fascination of the Zdrój artistic community with the idea of Polish unification in the spirit of the Jagiellonian union, a concept dating back to the days of World War I.

The photographs provide a commentary on the history of transborder contacts and the patriotic fascinations of “Bunt” members. Despite their lack of objectivity and poor state of preservation, they clearly demonstrate the artists’ ambivalent attitude, fluctuating between approval of the “new Polish state” and enthusiasm for the utopian avant-garde idea of a “new international community”.

Installation Interference – Re-Integration by Karolina Ludwiczak and Marcin Stachowiak and the part of the presentation Flyer. To be seen are prints and drawings by Zuzanna Dyrda and Jacek Szewczyk

Centre for Culture and Art in Wrocław, as part iof the Lower Silesian Art Festival

University of Arts in Poznań, Faculty of Graphic Arts and Visual Communications

Academy of Art and Design in Wrocław, Faculty of Graphic and Art of Media
University of Zielona Góra, Faculty of Arts, Institute of Visual Arts

zmęczone i bezsilne. A na nich nowe, nowe i nowe…”